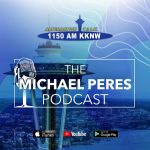 She is an icon of strength, but behind her muscular physique lies the truth that she was once abused and trafficked without someone to turn to for help.

Although working full-time on her bodybuilding and real estate careers in the greater Seattle area, Williams is a committed advocate for human rights.

She initiated the “Project Markie” podcast with a goal to help victims of violence and abuse find a “safe space” to recover and transform from their painful life experiences.

“I was a victim of domestic violence, sexual assault and human trafficking for four years. It was the worst and darkest time of my life. No one knew what I was going through and I was afraid that if I tried to get help, no one would believe me.” Williams said.

“Only one domestic violence legal advocate made a difference when she fought for me and encouraged me to fight for myself,” Williams added saying her life’s purpose today focuses on a similar path, which is to help other victims realize their own self-worth and discover their full potential.

“Project Markie” podcast provides a collection of interviews and one-on-one talks with victims and survivors of human trafficking, sex trade, domestic violence and abuse, including a two-part narrative that detailed William’s traumatic experience with a boyfriend who abused her physically, emotionally and trafficked her as a masseuse who would perform illicit sexual services.

The Bald Truth by Spencer Kobren

Spencer Kobren’s “The Bald Truth” is a nationally syndicated on air support group that has a 20 year pedigree. Developing a cult like status among men ages 18-35 who are seeking advice on anything from sex, to life, to hair loss; The Washington Post declared Spencer Kobren’s “The Bald Truth” a “Pulpit of the airwaves.” Tune in and see what you may have been missing all this time. It doesn’t matter if you are a hair loss sufferer. All that matters is that you may be able to find some knowledge to help out your day to day lifestyle.
read more

Finasteride is the generic name for the brand name drugs Proscar and Propecia. Finasteride was originally developed by the pharmaceutical company Merck as a drug (Proscar) to treat enlarged prostate glands.

During the trials on men with prostate problems, researchers noted an intriguing side effect: hair growth. Since finasteride had already been approved by the FDA to treat enlarged prostates in men, Merck decided to pursue the possibility of developing finasteride as the first pill to treat male pattern baldness. Minoxidil, a topical liquid solution, was already on the market (see below).

In December 1997, the FDA approved a 1mg dose of finasteride for the treatment of androgenetic alopecia (male pattern baldness) in men. Propecia is the first drug in history to effectively treat male pattern baldness in the majority of men who use it.
read more

Rogaine is considered a vasodilator. While the exact mechanism of action for minoxidil (the active ingredient) isn’t actually clear, it’s believed to work by partially enlarging hair follicles and elongating the growth phase of hair. With more follicles in the growth phase, you’ll see more hair coverage on your scalp.

Rogaine is applied to the scalp to help grow hair and prevent hair loss caused by male or female pattern baldness. This is the most common type of hair loss and runs in families.

Rogaine works best in people with hereditary hair loss at the vertex of the scalp (the area at the back of the head, just under the crown) or for women with general thinning of hair on the top of the scalp.

Rogaine has been shown to be most effective in people under 40 years old and for those who start using it at the first signs of hair loss. It won’t help people who’ve already gone completely bald.
read more

Ketoconazole is an antifungal medicine that’s been shown to improve hair growth in studies. It’s also purported to have some effects on DHT, the hormone responsible for baldness in men.

While ketoconazole is a safe and useful addition to a hair loss prevention stack, it’s also not a miracle hair loss cure.
read more

DHT is an androgen. An androgen is a sex hormone that contributes to the development of what are thought of as “male” sex characteristics, such as body hair. But it can also make you lose your hair faster and earlier.

DHT is derived from testosterone. Testosterone is a hormone that’s present in both men and women. It and DHT are androgens, or hormones that contribute to male sex characteristics when you go through puberty.

PGD2 is a prostaglandin that is central to development of dermatologic inflammation, pattern hair loss, and allergic disorders, such as asthma.

A newly released, 2012 study showed a cause and effect relationship between abnormally high levels of PGD2 and male pattern baldness. With topical application they found PGD2 prevents hair growth, and mice who were genetically predisposed to produce higher levels of PGD2 had diminished hair growth. They additionally discovered PGD2 levels were much elevated in balding scalp versus non-balding scalp tissue. The study concluded that one of the receptors involved in production of PGD2, GPR44, constituted a precise therapeutic target for hormonal hair loss in both men and women.
read more

Dutasteride was initially a drug meant to treat enlargement of the prostate (benign prostatic hyperplasia, BPH) under the brand name “Avodart”. It works in a very similar way as finasteride. They are both designed to stop the conversion of testosterone into dihydrotestosterone (DHT), a hormone that causes male pattern baldness.

The main difference between dutasteride and finasteride is the intensity of the effect. Finasteride 1mg blocks about 70% of DHT, whereas dutasteride 0.5mg blocks more than 90%. This means that dutasteride is more effective at stopping the conversion of testosterone into DHT. Since DHT is what causes hair loss, this results in more hair regrowth and thickening of existing miniaturized hairs compared to finasteride.

FUE, also known as follicular transfer (FT), is one of two primary methods of obtaining hair follicles, naturally occurring groups of one to four hairs, for hair transplantation. The other method is called strip harvesting.

Follicular unit extraction was first described in 1988 by Masumi Inaba in Japan, who introduced the use of a 1-mm needle for extracting follicular units.

FUT is a hair restoration technique, also known as the strip procedure, where a patient’s hair is transplanted in naturally occurring groups of 1 to 4 hairs, called follicular units. Follicular units also contain sebaceous (oil) glands, nerves, a small muscle, and occasional fine vellus hairs. In follicular unit transplantation, these small units allow the surgeon to safely transplant thousands of grafts in a single session, which maximizes the cosmetic impact of the procedure.

LLLT is a modern non-surgical hair loss treatment that uses laser light to stimulate cell growth and supercharge hair follicles. It helps to combat hair loss and improve the volume and appearance of hair. The therapy is painless and has no known side effects.

Spencer Kobren is the Founder and President of the American Hair Loss Association, a consumer organization dedicated to educating the public, healthcare professionals, and the mainstream media about hair loss.

Spencer is also the Founder and Director of the IAHRS, the International Alliance of Hair Restoration Surgeons, a consumer organization that selectively screens skilled and ethical hair transplant surgeons, representing only the true leaders in the field of surgical hair restoration.

The IAHRS’s goal is to provide a safe place for potential patients to research a surgeon based on their skill and not on their ability to buy public opinion through advertising.

Spencer is also the author of the ground breaking International Best Seller, The Bald Truth; The First Complete Guide to Preventing and Treating Hair Loss. Published in five languages and sold in every English speaking country in the world

Spencers second book The Truth About Women’s Hair Loss; What Really Works for Treating and Preventing Thinning Hair has forever changed the way medicine and society looks at this neglected epidemic.

Spencer is a contributing editor for Consumer’s Digest Magazine and WebMD.

Spencer also holds a position on the scientific advisory board of biotech startup called HairDx, which provides the first genetic test to determine the likelihood of developing male or female pattern hair loss.
Spencer has been featured in many publications, including GQ, The Wall Street Journal, The Washington Post, Men’s Health, Men’s Journal, Newsday, The New York Times, The LA Times, The Atlanta Journal-Constitution, The Pittsburgh Tribune-Review and The Washington Post. Spencer  has also been interviewed by ABC News, NBC News, Fox News, CBS News and CBC news and others.

Get Notified on Future Episodes